While there is no “golden rule” in South Africa for the easy verification of a police officer and while even REAL police officers could potentially be involved in criminal acts, the following is only a basic guideline and is shared for information purposes only. I can obviously make no guarantees.

Blue Lights
Most modern police vehicles are fitted with LED Lights and/or light bars. The old “rotating lights” that you used to see are practically completely phased out. There might be some (marked) police vans that are still fitted with them and some older police vehicles, but if you see a very modern vehicle (Golf GTi, BMW 3-series, etc) with nothing more than a small rotating blue light, be suspicious and take steps to safeguard yourself (following below).

Uniform
There are as many uniforms as there are police and metro police units, so there are no “rules” here, but there are no police units I know of that are issued or who officially use INCOMPLETE uniforms. Look for telltale signs that the “officer” might have had only access to some parts of clothing. If a “uniformed officer” is wearing a normal leather belt, fancy shoes or sneakers, civilian sweaters (jerseys without shoulder patches), civilian caps, small (cheap) reflective bibs that you can buy at placed like Builder’s Warehouse (the type car guards use) or does not have any official badges on both shoulders and his uniform – take steps to protect yourself.

Firearms and holsters
All police officers from the same units (especially METRO units) are issued with the same or similar holsters and the same firearms (typically). If you are confronted by two or more “officers” and any of them are in uniform but are tucking guns into their pants or if their holsters are substantially different (but low-end looking), or if their firearms are all of similar type (pistol, rifle, etc) but are considerably different in design, consider your options and take steps to protect yourself.

Radios
Most Police Officers (METRO and SAPS) that operate under risky conditions (stopping vehicles at night, etc) are fully aware of the risks and prefer to heave their radios handy and turned on. If you are encountered by “police officers” and you do not hear their radios “blaring” or cannot see any hand-held radios or others, take steps to protect yourself. It is highly unlikely that officers would operate without any radios at all.

Appointment card/certificate
There are currently no guarantees here, but you have the right to ask for a police officers appointment card (even if he is in uniform) before any other interaction takes place. Specifically ask if you may see his appointment card and record all his details, before you interact. If he refuses or resists this with any excuse, take steps to protect yourself. Any officer acting officially and within the confines of the law should have no issues with this LEGAL request.

Force Number
If the officer uses a reasonable excuse for not giving you his appointment card, ask for his force number. Unless he has only been on the force for 24 hours, most police officers will know their force numbers by heart. They write it down whenever they sign official documents, when they come on duty, when they signs statements, issues fines, etc. Find out how many digits it should be and the format used by services in your area. SAPS members have a force number consisting of six digits, a dash and another digit or two. Find out what METRO units use. If they have any issue giving you this, take steps to protect yourself. To confirm that the officer has given you the correct force number, wait a few minutes and ask him to verify it again. Read it to him and change one digit. If he is a real officer he will quickly correct you. If not – assume the worst and take steps to protect yourself.

When you are being stopped
If you are alone on an abandoned road, late at night and not aware of anything you may have done wrong (don’t try this just to get out of a drunken driving charge) and you see blue lights behind you; assume something is wrong and take steps to protect yourself. It is easier to apologise later than to simply comply and stop – even if all your senses are telling you that you should not. “Trust your gut.” If it feels strange or wrong, it might just be.

Language
Most police officers speak proper English. They will use the correct terms of reference, most of the time. They will say “vehicle” and not “car.” They will say “driving license” and not “drivers license.” They will give their name, explain the reason for the stop and tell you who they are before they move on to checking your credentials (if they are professional). Some are not. But – if they seem too eager to “take charge” and start demanding too much too early without any good reasons, or if their interest is too vague (wlking around your car, looking at nothing, for instance), take steps to protect yourself.
***

The best RULE to follow is to assume the worst at all times but to wish for the best. Mistaking an honest officer for a criminal has far lesser personal consequences for you than assuming a criminal to be a real police officer. In both cases personal confrontation could develop so be very careful.

Take these steps to safeguard yourself: 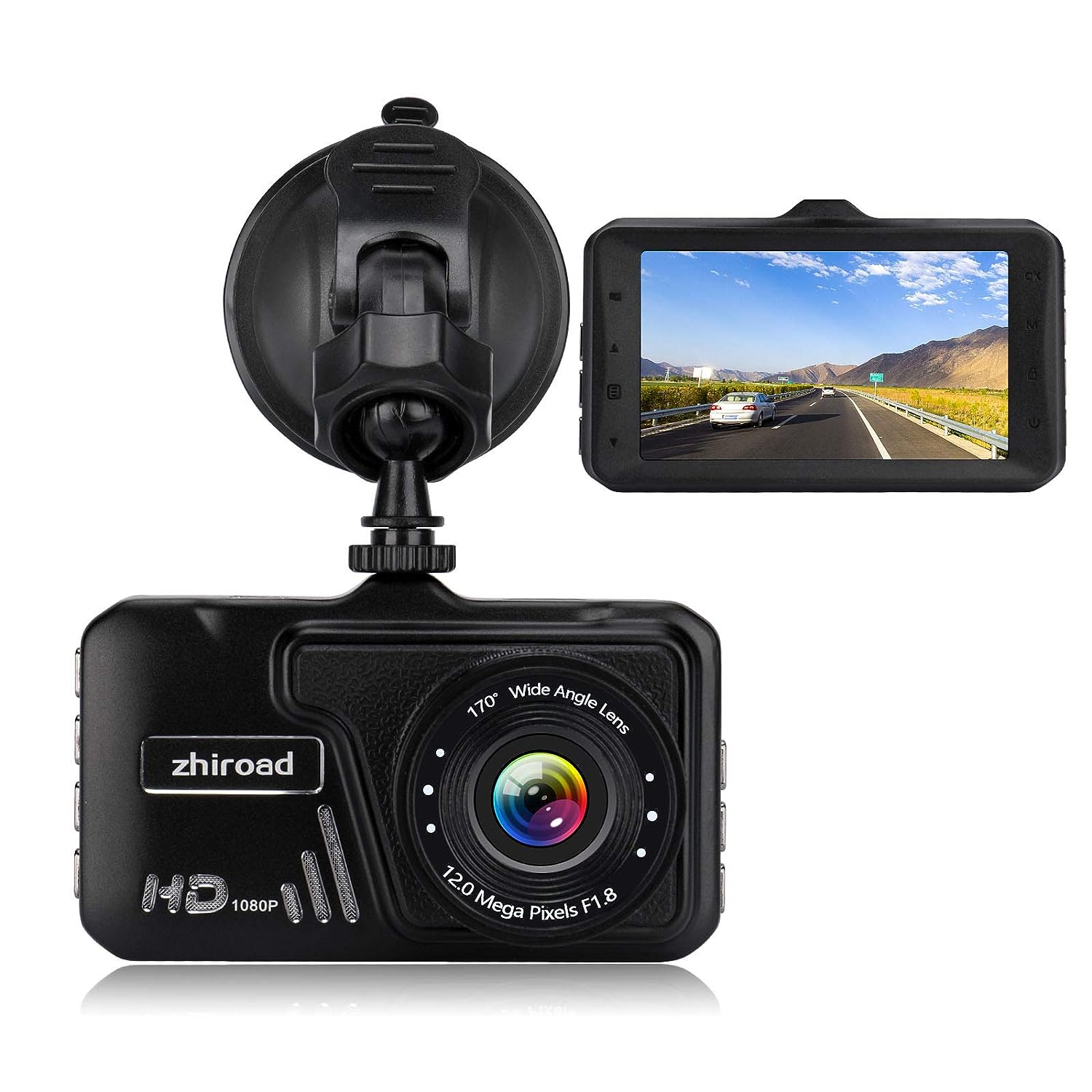 1. In-car camera
I cannot stress this enough. Get one. Any one. Install an in-car dash camera that records date, time, location, speed, GPS Coordinates and Video and Audio. Get the biggest card it can take, for storing the maximum amount of recorded footage. Then, when you install it – set it to turn off only 10-15 minutes AFTER power is lost. This way, you know that – even if your keys are taken – most of the confrontation will still be recorded.

2. Cell Phone Recorder
NEVER interact with ANY police officer without making an AUDIO RECORDING. I cannot stress this enough. For too many reasons to repeat, I do this even if I am going into a police station. When dealing with officers as a complainant, when being handled as a “suspect” or even when you are being issued with a fine – RECORD the interaction.

3. WhatsApp Reports
Form a group with family members, on WhatsApp. No matter the reason – if you are EVER stopped by a police officer of any kind, REPORT it and your location IMMEDIATELY (keep moving slowly until you have done this, if you can). If you hold the SEND/RECORD button on most phones, you can record audio while you are holding the button. If you open WhatsApp, hold the record button and simply say you are being stopped, where it is happening and try to read the number plate or unit number of the police vehicle. Try to record as much as you can. With WhatsApp, if you are forced to stop or when you stop holding the record button, the audio recording is sent immediately. Then it cannot be erased from your phone and will remain in evidence on all group members’ phones.

4. DO NOT STOP
If you suspect that the stop is not an official police stop, try your best (without risk of harm) to keep moving. Turn on your hazard lights, flash your headlights, open your window a small amount, stick out your arm and gesture for the officers to follow you – DRIVING SLOWLY. Move to the nearest petrol station, police station or any area where you see or where there are people – preferably crowds. If you can, even shout “follow me to the police station!” Regrettably, if there are criminals involved, they might try to force you off the road. This is when the Whats App Audio recording is vital. If you face injury or attack if you do not stop, you might be forced to do it. Again – that WhatsApp recording is VITAL and must be sent.

5. Be very, very courteous
If you are in any abrasive, irritated, disrespectful or arrogant, a criminal posing as a police officer could retaliate and “try to teach you a lesson.” A real officer could decide to retaliate and arrest you (whether reasons are sound or not) or you could potentially be man-handled or arrested. If you are extremely friendly, address the “officer” with respect and thank him for doing his duty, compliment him on his good work and even offer to send a report to his seniors (or something similar), the “officer” might just feel like “giving you a break.” Even if they do hijack your vehicle, there exists the chance that they will treat you gently as well or even let you go. Your life is worth the irritation of acting respectful at all times.

6. Keep family and friends informed
NEVER just end a visit (at night) and simply greet and leave. TELL people how long you will be, where you will be going what time you expect to be there and what to do if they do not hear from you. Tell them the route you will take and even give them the telephone number of the person you will see next. This is going to sound absolutely preposterous, but vigilance and personal safety is not something you can take lightly.

If you follow these steps, you might just be in a position to predict danger or to protect yourself from unnecessary attack. There are – as I made very clear – no guarantees. But this advice is something you might consider.