Heritage
April 10, 2019April 24, 2019 JFK
The farm, Welgegund was awarded to Swart Martiens Pretorius a nephew of President M.W Pretorius, founder of Pretoria, at the end of the 19th century by the Zuid-Afrikaansche Republiek (ZAR). Swart Martiens was the grandfather of Hannie Preller, who subsequently inherited the farm. 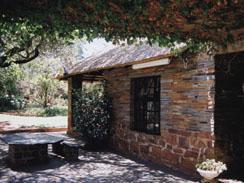 A portion was expropriated in 1920 for the building of the Hartbeespoort Dam and a township development. The township remained in the planning stage for a long time and when finally the development was abandoned an old farm labourer at Welgegund exclaimed “phelile indaba!” (“end of discussion”). This is how the name PELINDABA came about.

Hannie Preller convinced her husband, Gustav to repurchase the farm from the State and the couple built a weekend rondavel here in 1924, and then in 1934, a larger retirement house, they called “Sterrewag” (“Observatory”). They moved to the area permanently in 1936.

Initially Eugéne Nielen Marais, the poet, philosopher, journalist, lawyer and scientist occupied a rondavel nearby. Tragically Eugéne Marais committed suicide here on the 29th of March 1936, and a cairn in his memory has been erected on the farm, at the site of his suicide. 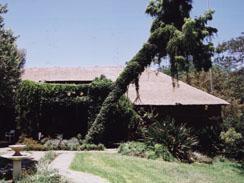 The house enjoys a beautiful view to the north where the Hartbeespoortdam is seen through the Crocodile River Poort in the Witwatersberg. Its lapa, stoeps, balcony and huge slate table are evidence that the Prellers enjoyed traditional Transvaal farm lifestyle.

Gustav Preller was an unpretentious and hardworking man with no time for foolish banter. With his circle of friends, who where influential in various fields such as politics, poetry, writing and the arts, he created at Pelindaba a platform for the formation and exchange of ideas. Eugéne Marais, Frans Oerder, Erich Mayer, Henk Pierneef, Coert Steynberg and many others became an integral part of Afrikaner history and culture.

Gustav Preller died on 6 October 1943 and was buried at the family graveyard on the hill at Pelindaba.

The house was declared a National Monument in 1973 after restoration under the supervision of cultural historian, dr. Elize Labuschagne and architect, Hannes Meiring.

Getting there: The Preller House restaurant is situated within the grounds of Pelindaba (gate 3) on the R 104 close to the intersection with the R 512 (Lanseria Road).